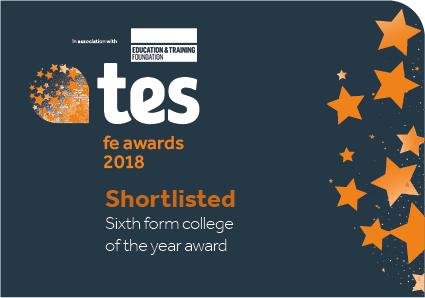 Greenhead College has been announced as a finalist for the Times Education Supplement’s Sixth Form College of the Year Award 2018.

In the final, we will be competing against 7 other sixth form colleges from around the country for this prestigious title. The winner is to be announced during a dinner and awards ceremony at London’s Grosvenor House Hotel on 23rd February 2018.

Once again, achieving outstanding A-Level results in 2017 confirms Greenhead’s status as the number one A-Level College in Yorkshire. With an award winning enrichment scheme (Queen’s Anniversary Prize) and careers department (National Quality Standard Awards 2016), the students are offered exceptional support and development opportunities to prepare them for their future.

Principal of the college Simon Lett has commented on the news

“I am thrilled that Greenhead College has been shortlisted for this important and prestigious award by the Times Education Supplement. Our staff go the extra mile to ensure all our students are well-supported in their studies, which means they leave with outstanding results and progress to a wide range of destinations. The students are superb ambassadors for the College, are well-motivated and have high aspirations for the future.” 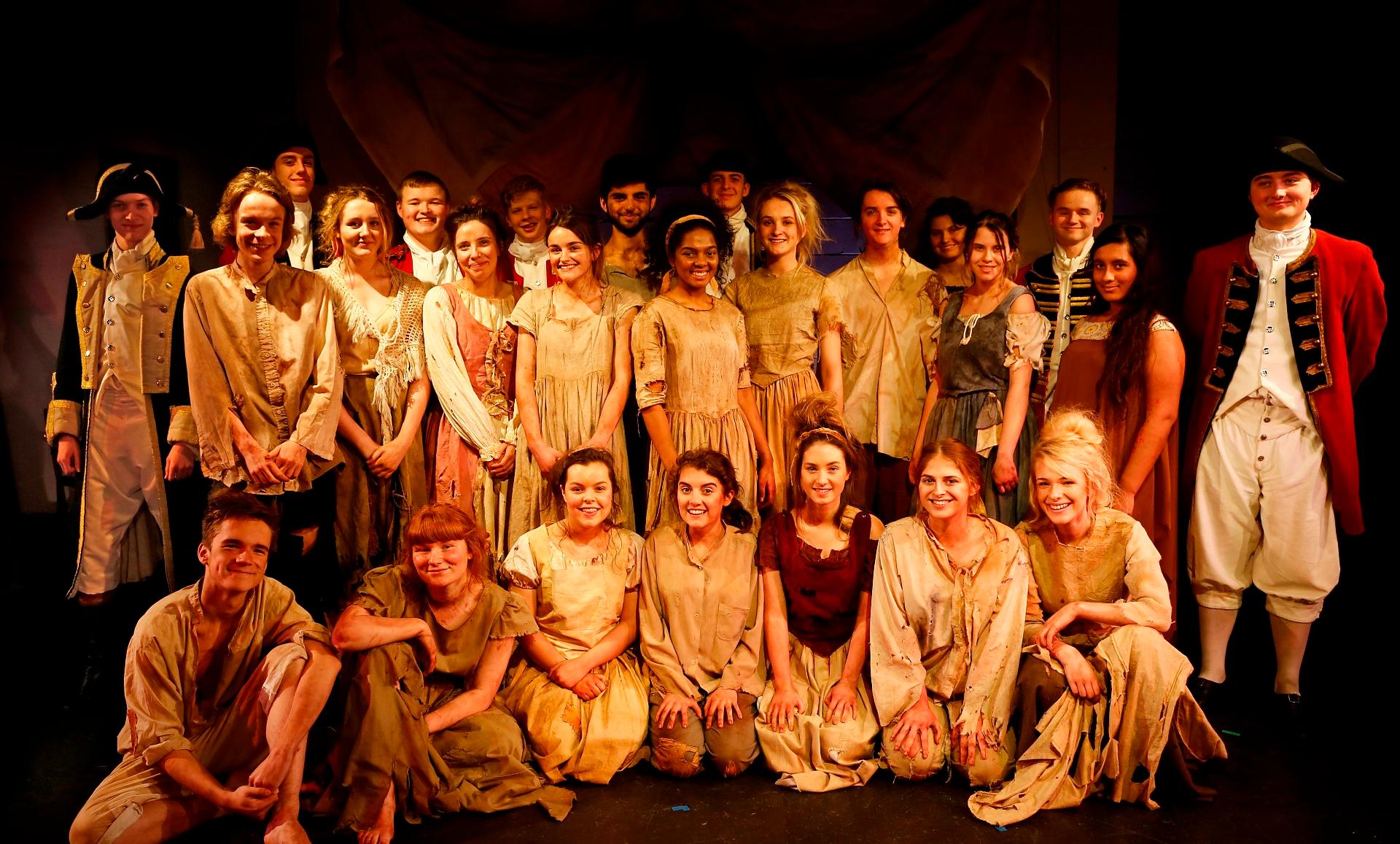 Greenhead College students have pulled off yet another powerful Christmas production with their interpretation of Timberlake Wertenbaker’s ‘Our Country’s Good’.

Based on true events, the performance depicted the story of when eleven ships voyaged a 16,000 mile journey from Portsmouth to Australia in May 1787, to establish the first penal colony. Remarkably, many of the convicts survived the eight month pilgrimage, despite the appalling conditions they faced and went on to stage Australia’s first recorded theatre performance ‘The Recruiting Officer’ by George Farquhar.

The cast set the scene with an immersive promenade style performance, conveying the poverty and chaos that was Georgian London, providing the context for the rise of crime in the 18th century.

The audience were then lead to the dark hold of the ship, whilst the convicts expressed the triviality of the crimes they had committed and the horrors that awaited them – a prologue devised by the students.

Once seated, the rest of the production was underway. A mature and compelling performance with elements of humour and even a couple of songs, which had the audience gripped. Immense talent was showcased, not only in the acting but in the costumes, lighting, sound and set design, all in which the students were responsible for.

‘The cast, designers and technicians created an exciting, engaging, immersive performance and brought back to life the characters and real events of this amazing story’.

A well-deserved congratulations to all involved. 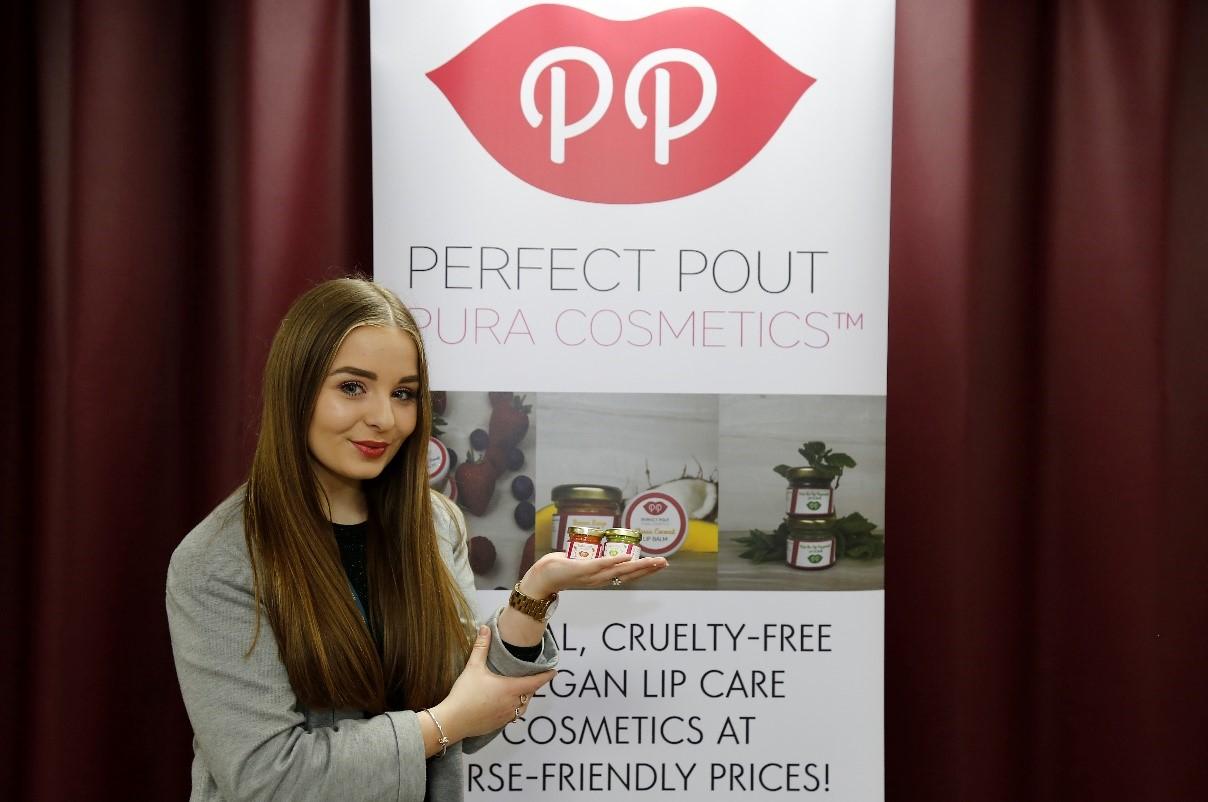 Greenhead College student, Rose Dyson, has won the Enterprise Student of the Year Award 2017, in partnership with the Association of Colleges.
Aged just 18 years old, Rose is the owner of Pura Cosmetics – an all-natural, cruelty free, vegan lip balm and lip scrub brand.

When Rose was just 15, a competition in high school allowed her the opportunity to set up her own enterprise. At the time, Rose was interested in beauty products, however, felt the prices were too expensive for young teenagers. This gave her the idea to create her own, affordable range of lip balms and lip scrubs.

After winning four awards in the competition, including Barnsley’s Best Young Business, Pura Cosmetics went from strength to strength. Receiving funding from the EU, allowed Rose to build the brand and develop her own website.

Rose manages her business alongside studying for her A-Levels. Every day, after college, she spends her evenings making more lip balms and scrubs to keep up with the increasing demands. She stocks her products in five small businesses around Yorkshire, and regularly attends local fairs and markets.

Commenting on her win, Rose said:

‘‘I would like to thank the Business department at Greenhead for all their support and advice they have given me whilst I continue to grow Pura Cosmetics and study for my A-Levels’’.