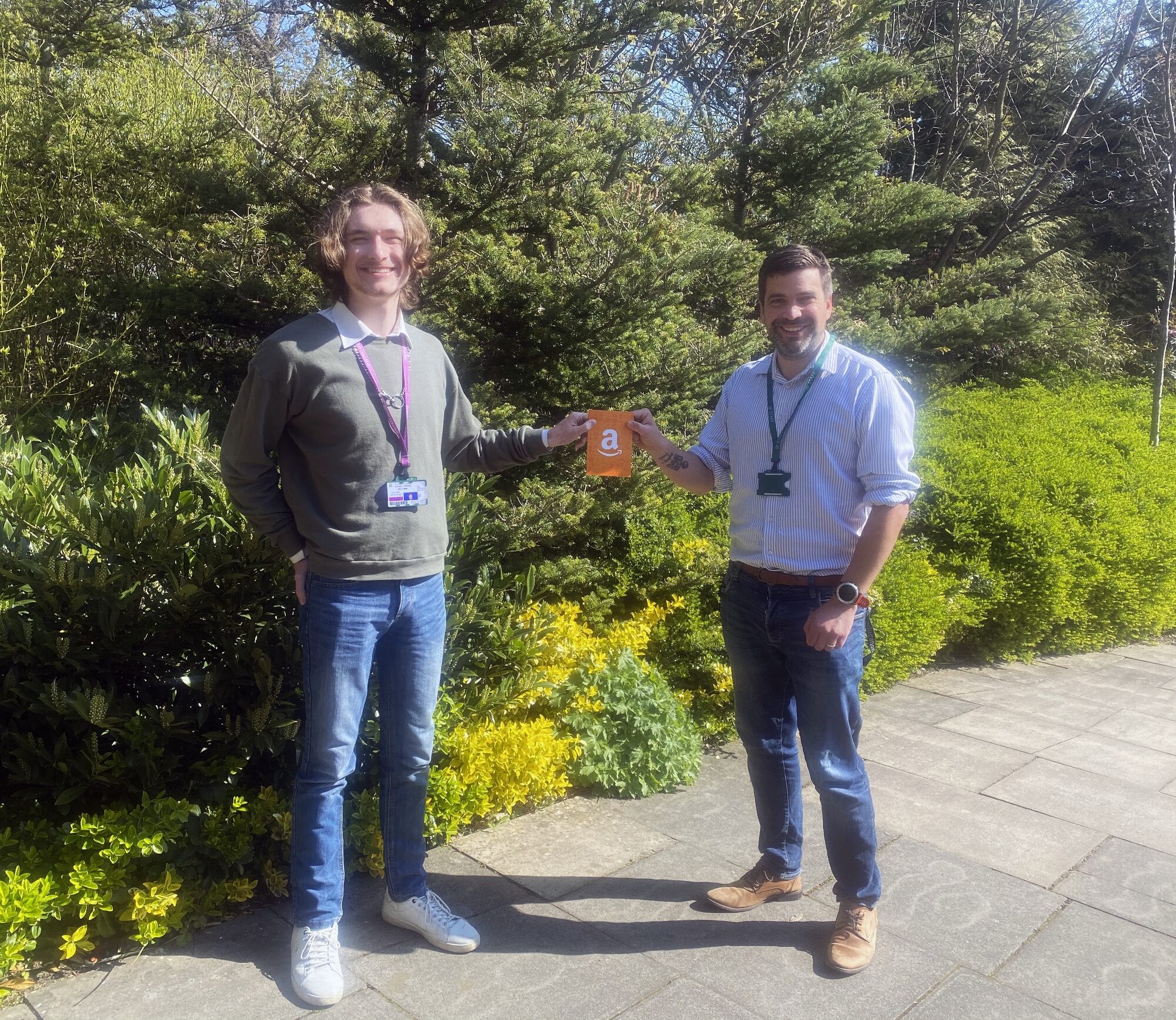 Congratulations to A1 student Miles Kelly, who has been announced as the winner of the Greenhead College New Music Competition 2021

Open to all students across West Yorkshire aged 18 or below, the Music Competition was designed by the Greenhead College Music Department to create an opportunity for students to be creative during lockdown.  To enter, students were asked to write a piece of music – anything at all from a song, to a piece of music for a string quartet.

The competition received an outstanding number of entries and the following students made the shortlist:

Judging the competition was London based composer, musician and producer Paul Silver, who chose Miles’ song ‘Buzzy Bees in Poppy Fields’ as the winner.

“This piece of music really made me smile, took me on a journey and overall gave me the best feel emotionally.”

Miles’ prize for winning the competition is a £50 Amazon Voucher which he has decided to spend towards an Audio Interface.

Commenting on his win Miles said:

“I originally wrote the song as a Valentines Day gift for my girlfriend, Poppy (hence the title and lyrics). Both of us are really pleased with the win and the money will go towards my future music through an audio interface.

I think I’d like to study physics at university and do something in that field if possible, but if a music career takes off I’ll follow that in a heartbeat. Music and physics are my two big passions and I’ll continue to do both to some degree no matter what I do in the future.”

“We were delighted with the response to the New Music Competition, we received a great number of entries in a wide variety of genres. Congratulations to Miles on his outstanding entry, when shortlisting the finalists for judging from Paul Silver I had already privately tipped Miles to win- it is a lovely feel good piece of music.”

Congratulations to Miles, and well done to all students involved.

Listen to Miles’ song ‘Buzzy Bees in Poppy Fields’ below. 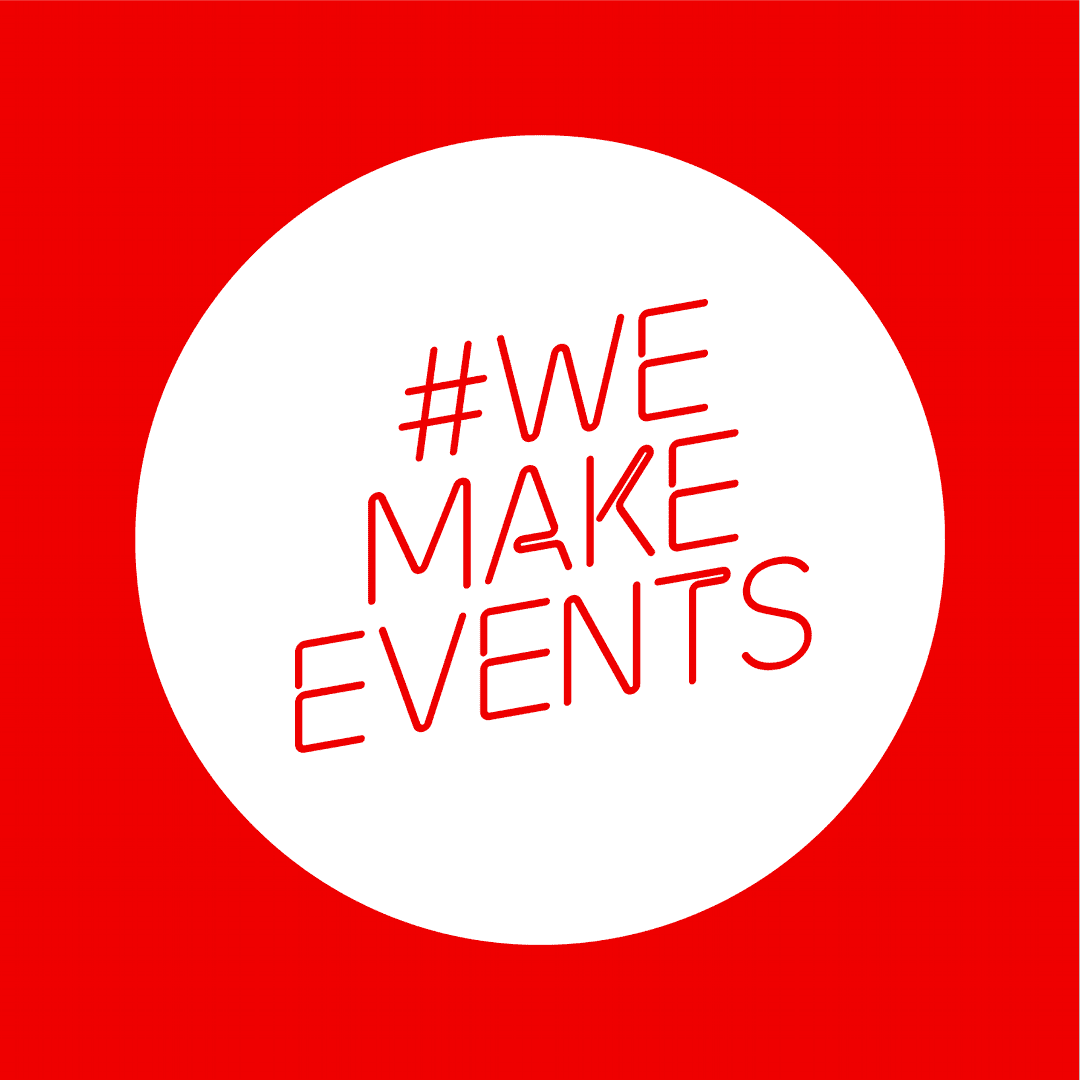 We are excited to reveal that Greenhead College is preparing to light the building red, on Wednesday 30th Sepember at 8pm, in support of the national campaign – We Make Events.

We have many alumni who have thrived in the events and arts trades and recognise the importance of cultivating the next generation of talent within creative arts and playing our part in saving the industry.

‘As a Live Theatre and Music venue, as well as a hub for aspiring future creatives and artist, it is essential that we show unified support and solidarity with our colleagues and peers across the events and arts industries.

History has taught us that in times of hardship, events and the arts are our source of comfort, shared joy and community spirit. Yet history also teaches that they are always the first causality to government funding cuts.

We need events. We need the arts.’

We look forward to when we can open our doors and work with other art and events institutions across the country once more. In the meantime awareness, support and funding is essential to ensure the industries thrive again! 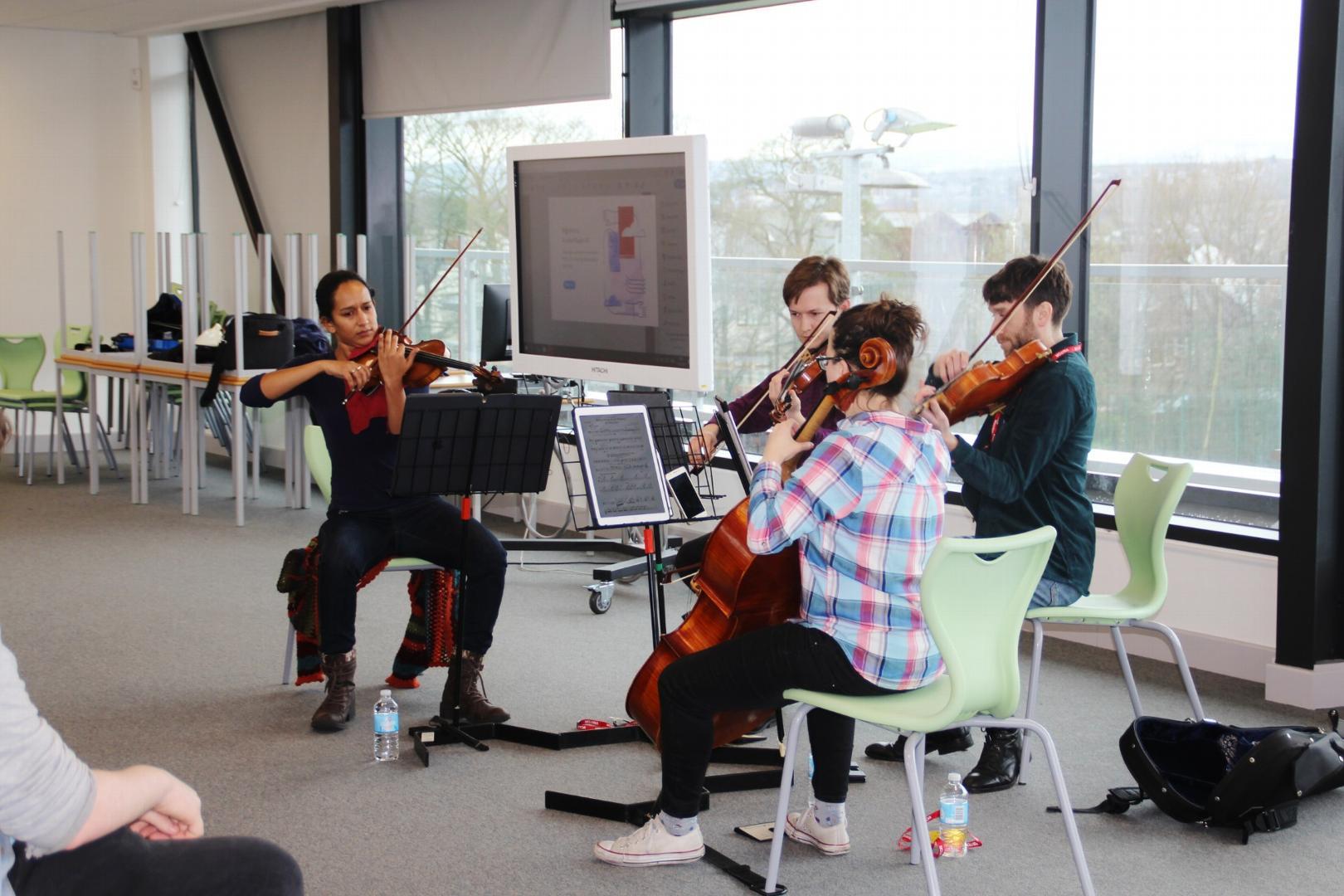 Greenhead College’s Music Department were lucky enough to welcome the world renowned Ligeti Quartet into college to deliver a workshop and masterclass with our A Level Music students.

Established as one of the UK’s leading ensembles, the Ligeti Quartet are at the forefront of the modern and contemporary music scene so it was an extremely exciting opportunity to have them in college to share some of their best practice with our students.

Throughout the workshop, the Ligeti Quartet performed some of their mesmerising pieces whilst our students learnt of various techniques used in contemporary music, which they will take away with them and use in their own musical endeavours.

Following the workshop our students will now be putting their new knowledge into practice and composing their own string composition, which will be performed and recorded by the Ligeti Quartet on Monday 29th April.

Simon Jacobs, head of music at Greenhead College commented on the workshop:

‘We can’t thank the Ligeti Quartet enough for the workshop they ran for our students. Their good humoured and relaxed approach, combined with truly inspiring performance, captivated our students in a way that we rarely see. It was an added bonus that each member of the quartet talked about their career and pathway in Music, as this will have provided valuable direction to our students wishing to pursue a career in the subject. Contemporary Music is often a scary and difficult subject for our students- today the Ligeti Quartet made it accessible and engaging- thanks again!’

For more information about the Ligeti Quartet, please visit: https://ligetiquartet.com/ 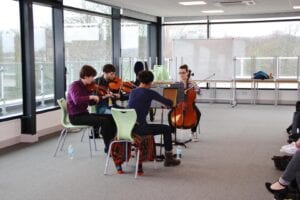 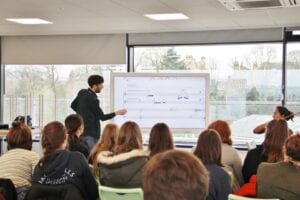 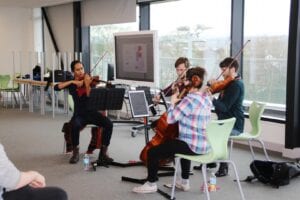 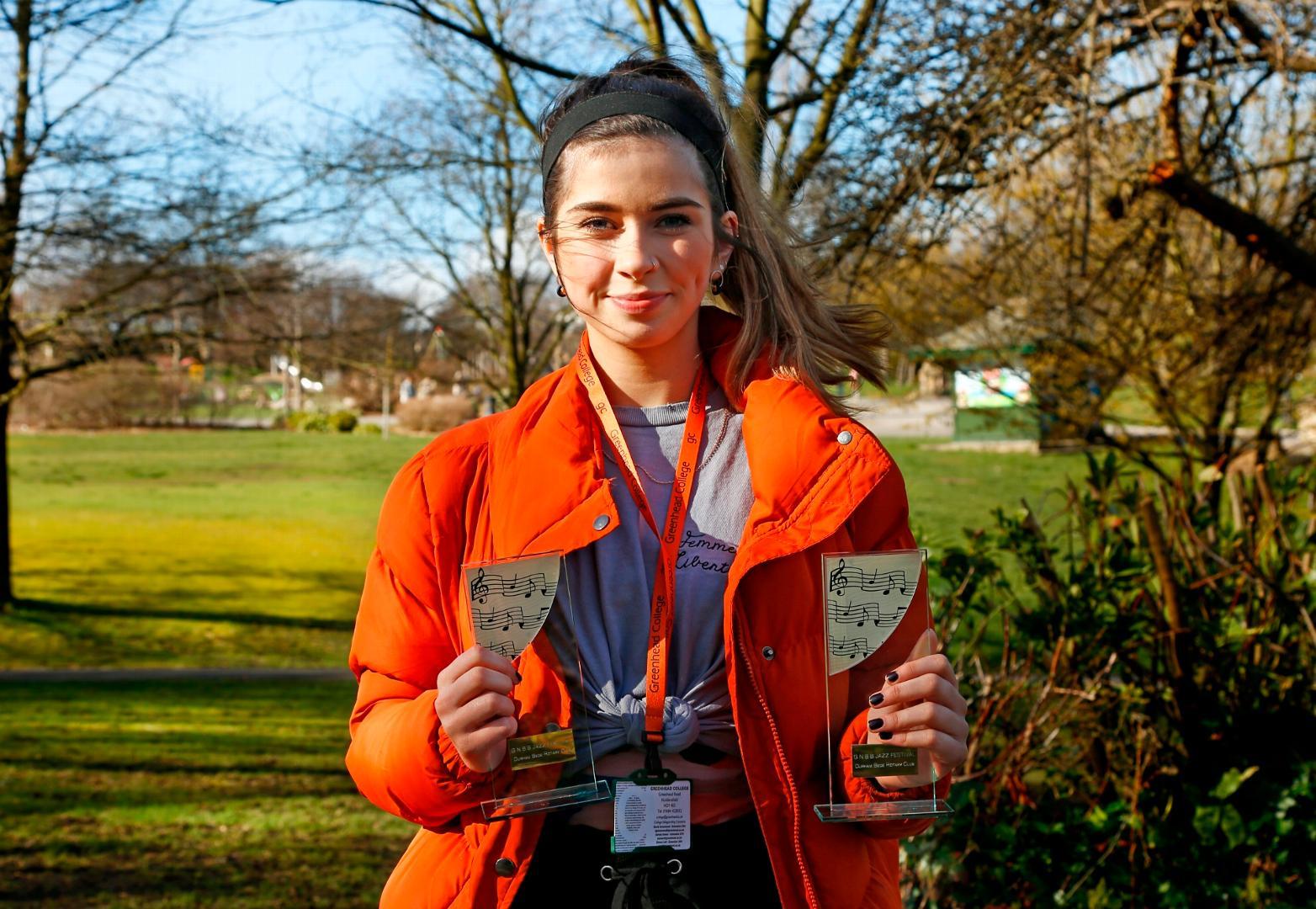 The 3 day long festival celebrates the best Jazz bands throughout the North with live performances on the Friday evening, the open section and competition taking place on the Saturday, and the School and Youth sections on the Sunday.

Performing a diverse programme from Topsy and Diamonds are a Girls Best Friend through to student composer Louis Enright’s new piece- Last Dance, the Greenhead Big Band scooped the award for best programme.

‘I am delighted with the success of the band- with the support of Muisca Kirklees the group continues to go from strength to strength. I am also delighted for Daisy who is a real emerging talent from the Kirklees area.’

You can hear the Big Band (and Daisy) perform at The Greenhead College Spring Concert which will be held on March 27th at 7:30pm in St Paul’s Hall. 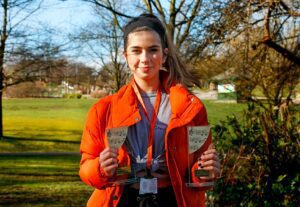 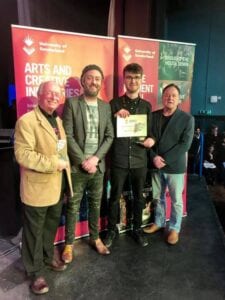 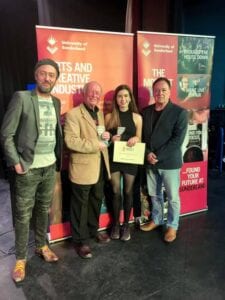 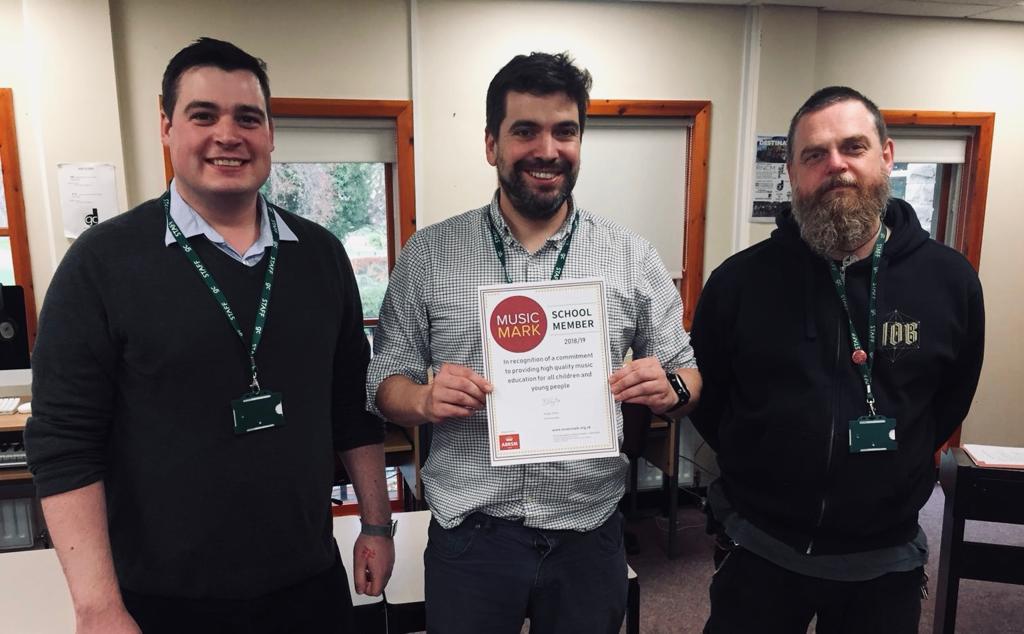 Greenhead College’s Music Department has recently been awarded a Music Mark in recognition of their ‘commitment to providing high quality music education for all children and young people’.

The department, consisting of three passionate musicians; Simon Jacobs (Head of Department), James Reevell and Brian Talbot, received their certificate following a nomination for the award by Musica Kirklees, a Music School based in Huddersfield who have had the Greenhead College Music Department on their list of ‘Outstanding Providers’ for over 5 years.

With the significant decline of music in schools and colleges nationally, Simon, James and Brian are more passionate than ever to keep music education alive. They go above and beyond to provide first class musical education, plus a whole host of enriching musical opportunities to Greenhead College students and beyond.

A recent addition to the Music Curriculum at Greenhead College is a BTEC in Music Performance. This course will commence in September 2019 alongside the existing music courses; A Level Music and A Level Music Technology, catering for an even wider variety of musical interests.

Their ensembles regularly have national success, performing in the National Festival and the Mrs Sunderland Festival plus at many other local concerts and events.

Students at Greenhead College have excellent things to say about the department including:

“The Greenhead music staff and facilities are top notch – there is a great relationship between students and staff that is really encouraging and productive. The opportunity to play or sing in the numerous ensembles and perform in the college concerts is also a great addition!”

“Studying Music at Greenhead was a great decision. I learnt an incredible amount in both Music and Music Technology. There is a fantastic dynamic between staff and students which facilitates everyone becoming their best musical selves. The rich extracurricular aspect of the department also means that anyone with a love for making music can get involved and perform in numerous concerts.”

Congratulations to our Music Department on this well-deserved award. 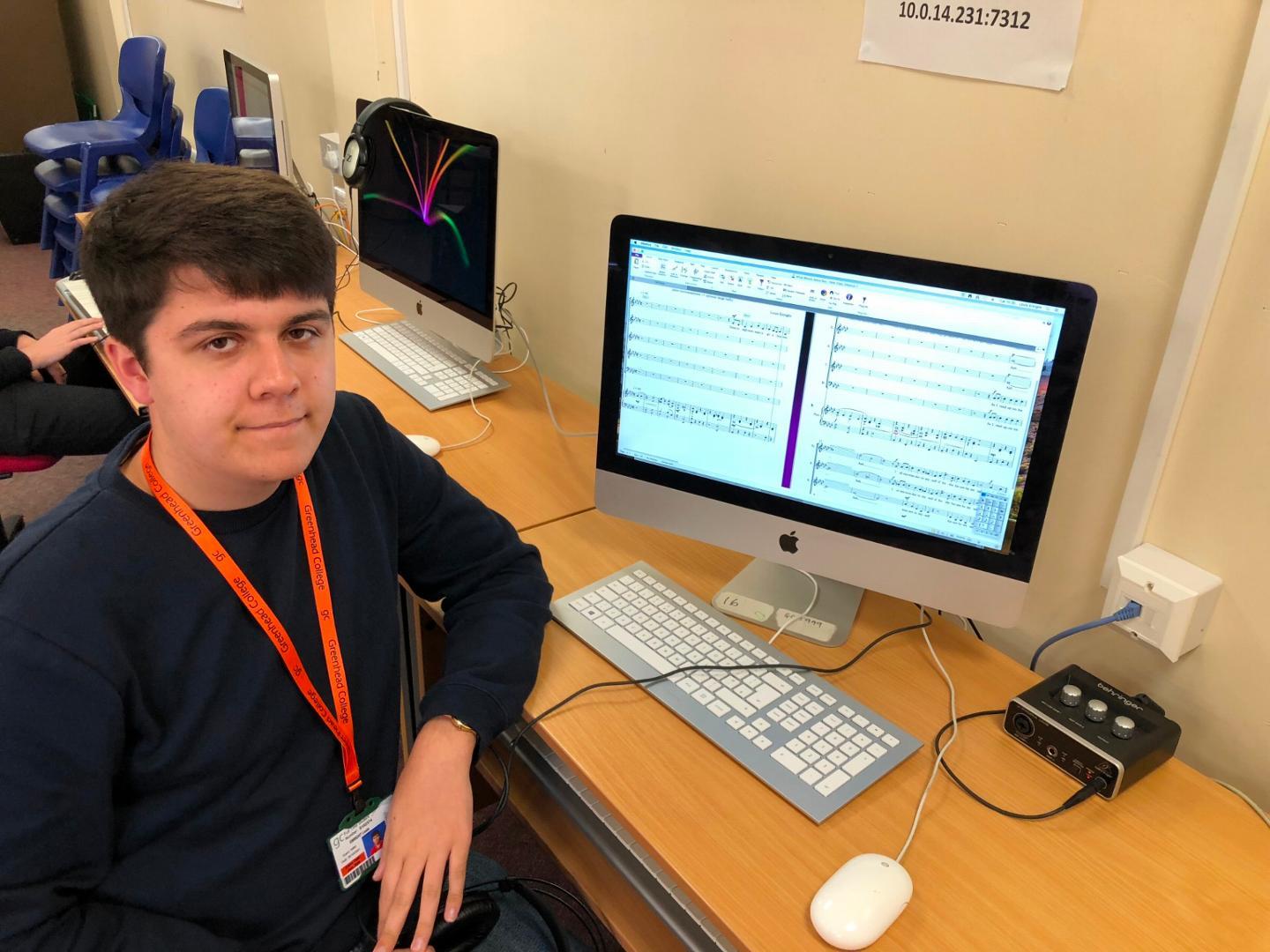 ‘Carol for Yorkshire’ is an exciting new competition run by Greenhead College in collaboration with Musica Kirklees, which saw students from schools across the district compose their own Charity Christmas Carol.

Thom Meredith, Head of Musica Kirklees, judged the competition and in September 2018, Greenhead College’s Louis Enright was announced the winner with his composition ‘What Would Jesus Say’.

Louis’ carol is to be recorded and released, in aid of raising money for the Make-A-Wish Foundation; a children’s charity who make the wishes of seriously ill children become reality.

At the end of the summer holidays, music students were challenged to write a new Christmas carol, winner Louis decided to enter because

‘[he likes] composing and it would give [him] something to do in the 11-week long summer break.’

‘I was very excited to hear that I won the contest and I can’t wait to see the finished result.’

The recording of the carol is scheduled to take place at Holy Trinity Church, Huddersfield on 21st November and the official launch will be held on Monday 3rd December.

As well as raising money for this incredible fund, the aim of this festive endeavour is to bring together children of all backgrounds and experiences using music and the Christmas spirit.

The release will be accompanied by a locally produced music video and all proceeds from the single will be donated to the Make-A-Wish Foundation. The Carol will be available to download on ITunes and Amazon Music.

“We are really excited about the Carol project and it is fantastic to have three local primary schools working alongside us. It will be wonderful to see our sixth form students performing with younger students on a large scale project such as this one. The Carol written by Greenhead A1 student Louis Enright is a really challenging piece with some magical harmony. I can’t wait to see what the public make of it when we release the single on 3rd December.”

You can track the progress of this on Twitter using #carolforyorkshire and by following Greenhead College and it’s Music Department @MusicGreenhead and @greenheadcol. 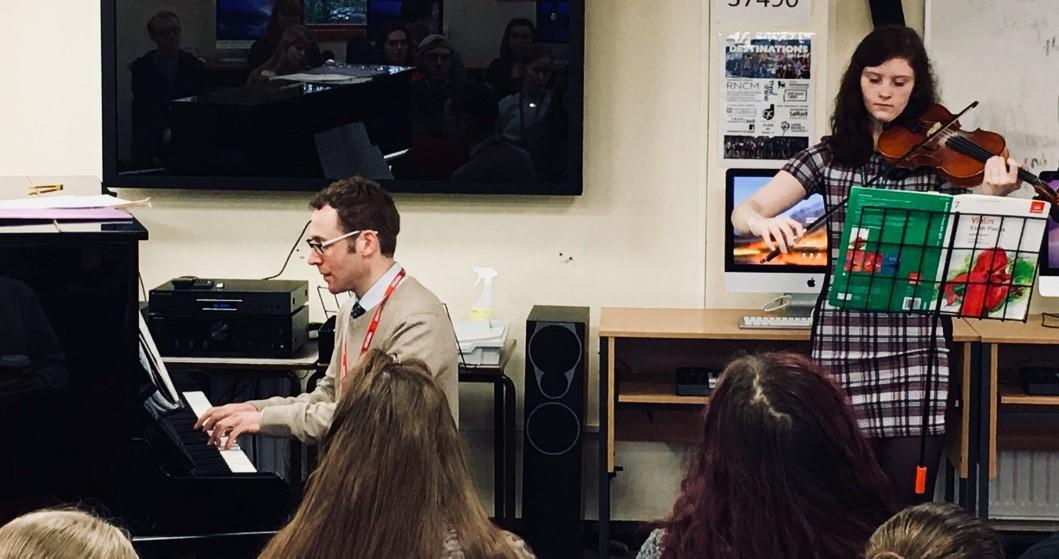 On 6th March 2018, our A Level Music students were lucky enough to take part in a workshop and masterclass with Martyn Shaw, Head of Woodwind from the prestigious Chetham’s School of Music in Manchester. He was also accompanied by 4 current students at the school, who performed for our students.

The purpose of the workshop particularly focused on communication and how students could convey a composers intentions as well as their own interpretation within a performance.

Students Jennifer Warwicker and Jack Dunning performed in front of both the Greenhead and Chetham’s musicians, and Martyn, along with the group gave feedback and helpful advice to prepare them for their final recitals.

Greenhead’s A Level Music cohort will perform for their final recitals on Monday 26th and Tuesday 27th March 2018, and you can see them perform on the Tuesday evening at St. Paul’s Hall for our Spring Concert. Tickets are available for £3 from the Music and Finance Offices in college.