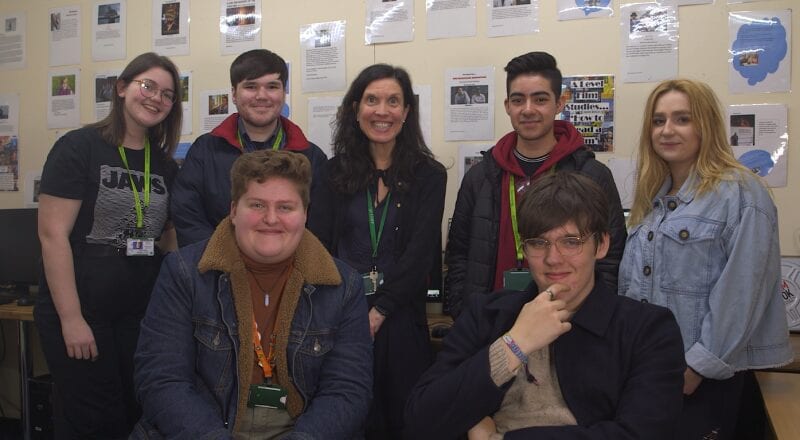 Greenhead College’s Film Club are set to walk the red-carpet having been shortlisted for the ‘National Film Club of the Year’ award at the Into Film Awards.

The club will attend a star-studded ceremony to be hosted by popular actor, author and talent judge, David Walliams on March 18 at ODEON Luxe Leicester Square. The Awards are hosted by film education charity, Into Film, who engage with over half of UK schools.

The Greenhead Celluloid film club is run by Alice Hickman and supported fully by Principal, Simon Lett, who is a film expert and teacher. It operates as part of their college Enrichment programme and involves film discussion, screenings and review writing as well as filmmaking in the Greenhead Celluloid Hub.

The club is inclusive of students from every academic programme, all of whom come together weekly to love film and access the cultural and imaginative potential of the medium. Their students engage in the Into Film programme in a variety of ways.

“Film is ultimately about people and their worlds. It is vital, exciting and expansive for Greenhead Celluloid film club to be nominated.”

Designed to recognise, showcase and celebrate young people’s involvement in film and education, the Into Film Awards will bring together film industry professionals and young people to shine a spotlight on the achievements of five to 19-year olds from across the UK, as part of a school or youth groups or as individuals.

This year’s films cover an eclectic range of subjects and themes including the impact of plastic usage on our oceans, gender dysphoria, celebrating your heritage, Asperger Syndrome, living without hearing, self-improvement, and many more.

“I love the Into Film Awards because it gives the opportunity to young people, from all kinds of backgrounds, to be a part of the film industry.” 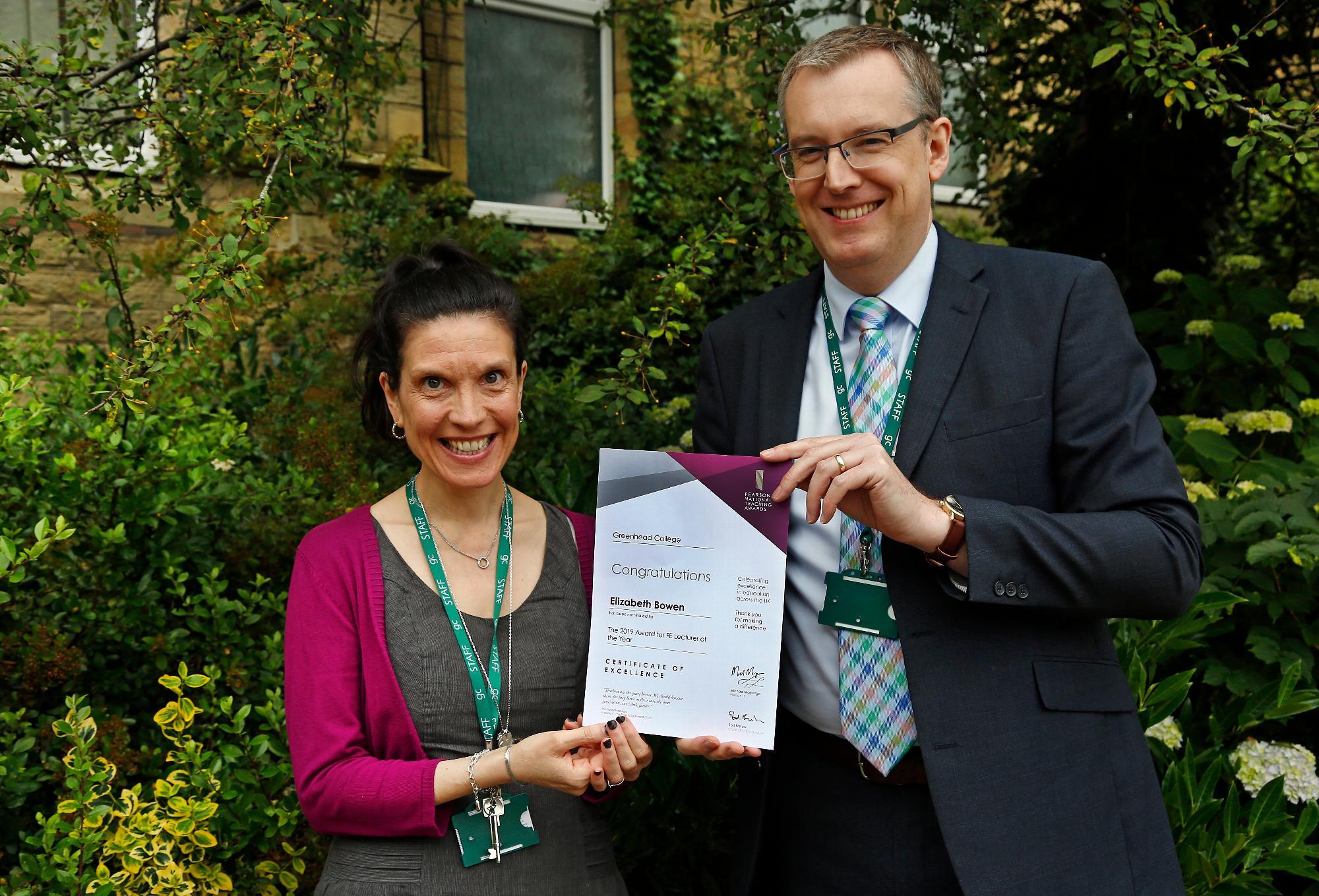 A huge congratulations to Liz Bowen, Head of English Combined and Film Studies, who has been awarded a Certificate of Excellence from the 2019 Pearson Teaching Awards.

The Pearson Teaching Awards were established in 1998 to recognise and celebrate excellence in education. “Teachers are the quiet hero’s. We should honour them, for they have in their care the next generation, our whole future” Michael Morpurgo, President, The Teaching Awards Trust.

In her 19 years of teaching at Greenhead College, Lizzie’s passion and enthusiasm has made such a positive impact on her students as well as her colleagues, who have nothing but fantastic words to say about her..

“Without fail, Liz will always say hello to everyone in the class as we walk in and tell us how pleased she is to see us. As the lesson progresses she will tell us how highly she thinks of us and that as long as we continue to push ourselves everybody will get the grades that we are both capable and deserve. In addition, she places the focus on the end result rather than sole essays marked throughout the course; Liz recognises that hard work is needed to achieve one’s best and that every low mark across the way carries lessons to be learnt.”

“If it wasn’t for Liz, I wouldn’t be where I am today. It was Liz who introduced me to the Young Reporter Program which has given me amazing opportunities that will help further my career. Liz would arrange for people from the industry to come in and talk to the class about what we needed to do. She made us aware of every opportunity out there and encouraged try and get as many as we possibly could, helping us along the way.”

“She is quite possibly the most generous colleague I have ever worked with – nothing is too much trouble – from making a cup of tea to taking a session to accompanying me to London to celebrate our students’ successes. Her positivity and ‘can-do’ attitude is infectious and her combination of intellectual acumen and intuitive understanding of students’ (and colleagues) needs have provided some of the most rewarding and enjoyable working experiences I’ve ever had.”

– One of Liz’s Colleagues

“It’s superb that Liz has received this Certificate of Excellence. It shows how much her hard work is valued and appreciated, and recognises the life-changing impact she has had on young people.” 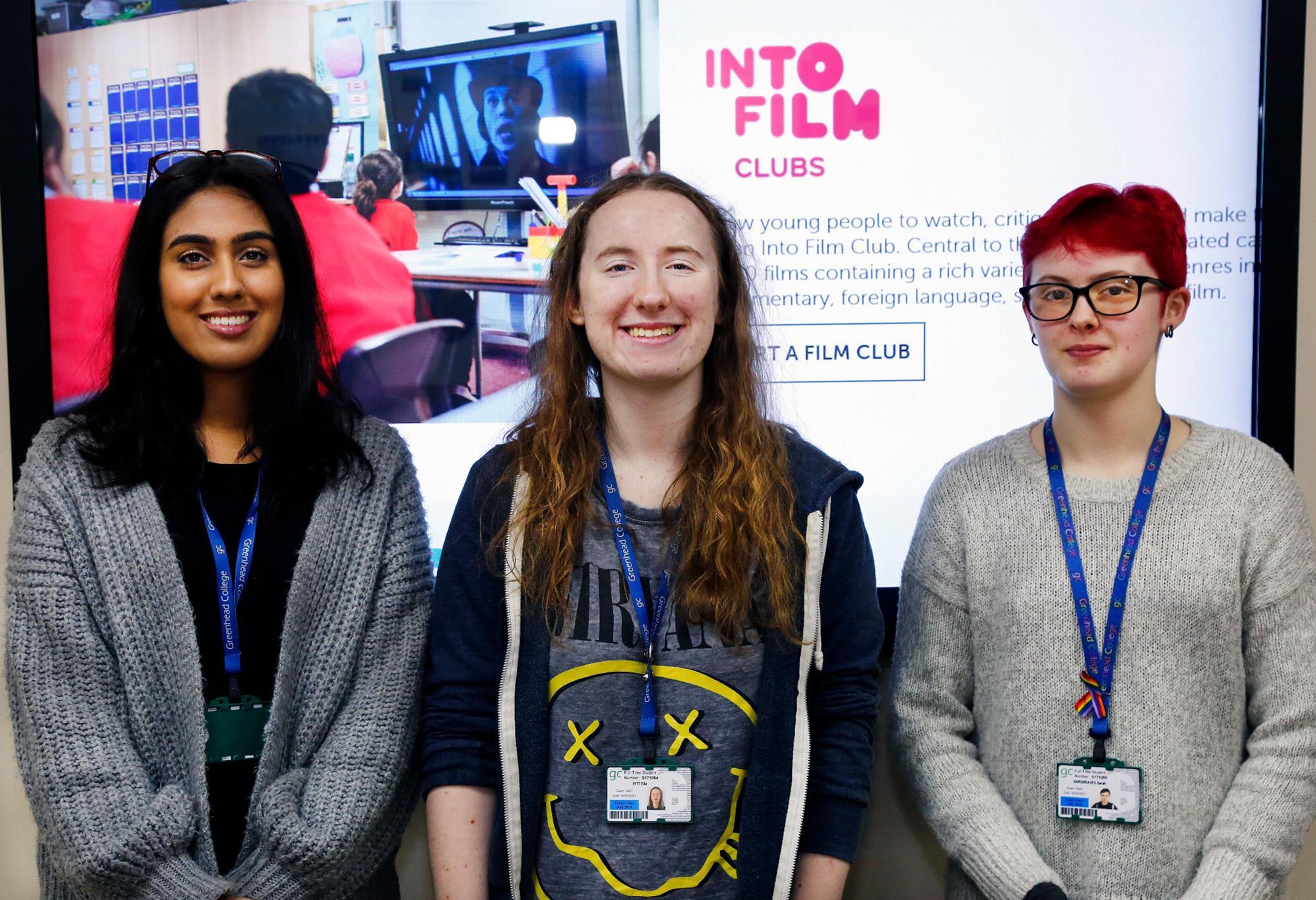 Three Film studies students, Ella Fitt, Sarah Hargreaves and Ismah Ansari, have all been selected to represent youth from the North of England at the Into Film Youth Council.

Into Film is a national organisation who support educators to achieve a wide range of effective learning outcomes in their use of film.

Ella, Ismah and Sarah’s role within the youth council is to discuss topics and provide suggestions on how to implement a variety of film making opportunities amongst young people. Recent topics they have discussed have been implementing practical film making in primary schools and implementing important topics such as LGBT and Mental Health in film making.

The Youth Council consists of young people aged between 10 and 18 and takes place at Media City, Salford where they meet 4 times per academic year.

When Ella, Sarah and Ismah were asked to sum their experience so far up in three words they said: 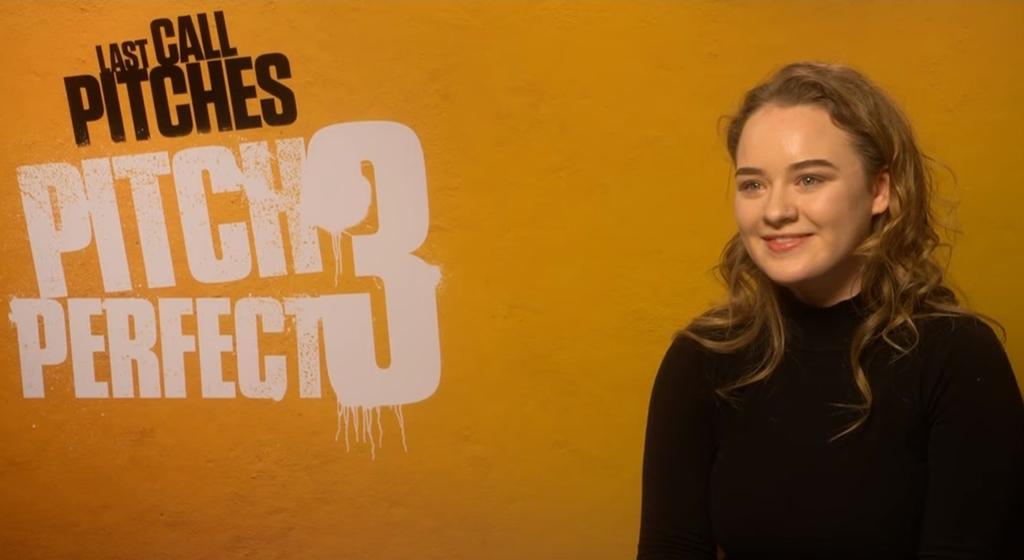 Spending two days in London, Ellen watched the latest Pitch Perfect instalment, before it became available in cinemas worldwide, and interviewed the two stars. She kept her questions fun and light-hearted, covering a variety of topics including friendship, achieving dreams, stunts and… burritos, whilst interviewing with such confidence and charisma.

The opportunity arose shortly after Ellen was offered one of just 25 places on the two year Young Reporters Programme, with Into Film. Ellen applied for the programme at home, not knowing what would become of it. With a tough application process, her place on the programme was earnt after three rounds of shortlisting, finalising with an audition in London. This assignment was the first of many for Ellen, who aspires to study Film studies at University, and the programme is an excellent platform for her to kick-start her career in Film.

‘‘Ellen’s achievement is outstanding. She has demonstrated commitment, talent and confidence to achieve an invaluable industrial opportunity. It is fantastic to see a Greenhead Celluloid student taking their love of film into a real world context.’’

The videos of Ellen interviewing Rebel Wilson and Hailee Steinfeld are available to view on the Get Into Film YouTube Channel.