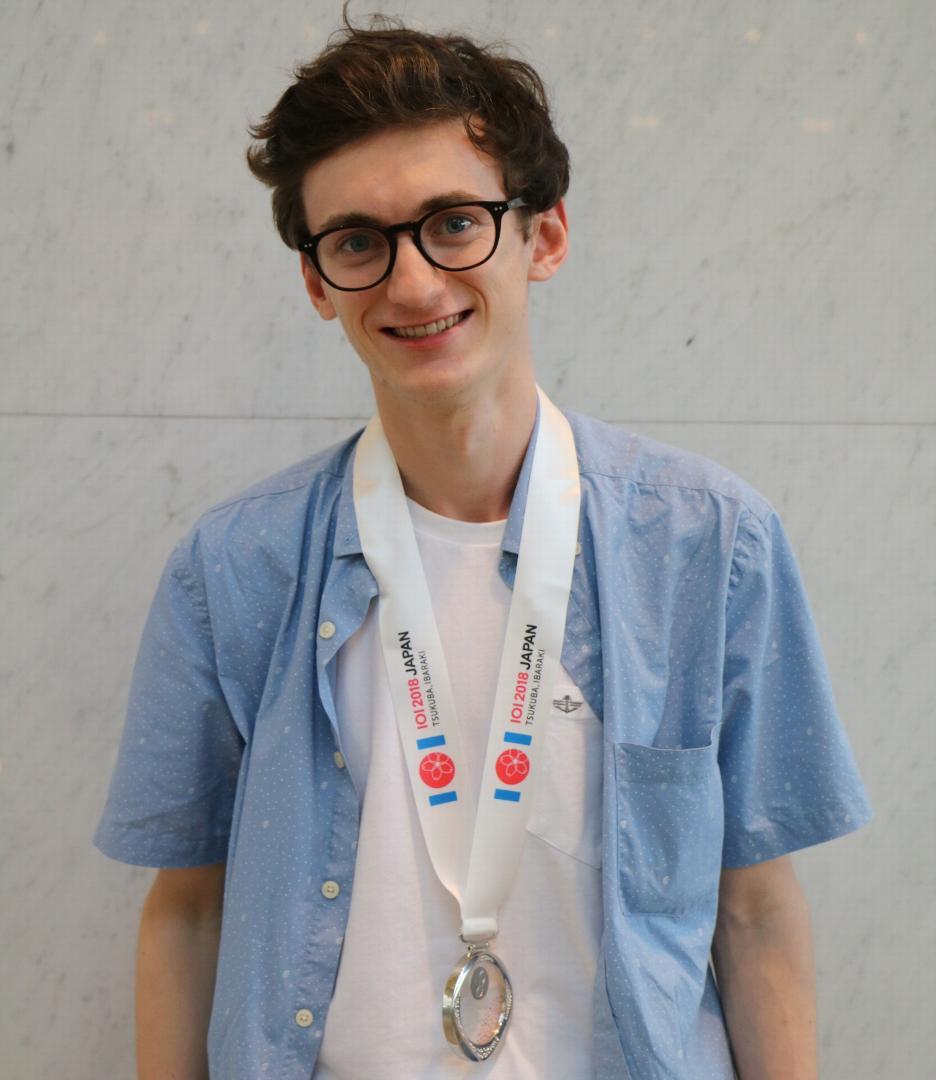 Former Greenhead College Student, Shaun Marshall has been awarded a silver medal at the International OIympiad of Informatics, which took place in Japan. Shaun completed his studies at Greenhead College in summer 2018, gaining A*A*A*A* grades and secured his place at Oxford University to study a joint degree in both Maths and Computer Science.

Shaun flew through the initial rounds which took place in College and competed at the National Finals at Trinity College Cambridge where he finished in the top 3, qualifying him to compete at the International Finals.

Each year the International Olympiad of Informatics is hosted by a different country and this year the competition took place over 7 days in Tsukuba, Ibaraki, Japan near Tokyo. 87 countries entered teams of up to 4, selected from their respective National Championships. The contest is made up of 2 sessions on separate days, each of which entails solving 3 questions within a 5 hour time period.

Out of the 335 participants, Shaun achieved a silver medal coming 1st in the UK team and 71st in the World, placing him in the top 25%. An outstanding achievement!

Shaun is an outstanding student – his ability to solve challenging problems is phenomenal. I am sure he will carry on to future success during his degree at Oxford.

Shaun is pictured below with the full UK team, who also performed remarkably.